You must have heard the word “cooperation. What is cooperation? It is nothing but considering and accommodating the ideas of others, rather than only ours and respecting the same too. Cooperation is working with others and working as a team.

Here is a story on the importance of cooperation 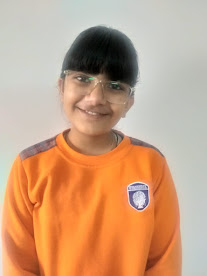 One day an average businessman named Harish was heading towards his office. Hardly after one hour after he reached, his manager called him. He said, “Harish, there is a significant group project that I am making you in charge of. I hope there will be no problems. But if there is, please contact me.” Harish was a kind man and loved working in teams. But the thought of being the senior-most made him bossy and mean. His voice tone became demanding, and slowly his team members stopped liking him. He chose his best team member and made him do all the work. Not one was allowed to help him. There was no teamwork.

Harish proudly started presenting the work and told them it had been done by the best team member only. This statement astonished the manager. He talked to Harish in person. “Harish! I said it was a group project! This is what you call a group project?” But Harish had another perspective… “But sir… you wanted it to be the best, and that is the reason I did this.” “No, Harish! It was still a group project. Redo the project… and this time as a team!” This scolding taught Harish a lesson; he understood the work and effort of a single person could be further improved if they were performed in a group. This time, he encouraged every member for teamwork, respected their inputs, and reworked the entire project. Everybody gave their best and the presentation turned out impressive. All team members were remarked splendidly.

We all should learn this virtue of cooperation. It is essential to be a successful person.