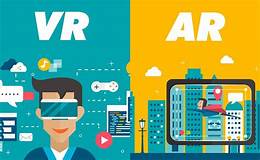 Image courtesy readwrite.com
In 2019, almost all of us saw the launch of Chandrayaan 2 from Satish Dhawan Space Centre by the Indian Space Research Institute (ISRO) on television on 22nd July to circle the moon and provide information about its surface. Still, we never got to feel it in reality just because we were not there, in that particular place, at that specific time!
But in today’s world, a technology called Virtual Reality, VR for short, has been introduced wherein you can feel what had happened even if you weren’t there then. Initially, VR could be experienced just with headgears at home or, at most, the headgears with the moving chairs at malls. But these days, a technology known as immersive virtual reality is coming into view, yes, the one showing at our school!
We watched the show the day before, and it was really breathtaking. You see the control room’s architecture, the satellite being prepared for the launch, exiting Earth, going into space, the satellite being detached, Lander Vikram landing on the Moon and Pragyan Lunar Rover coming out of the lander and onto the moon’s surface. Then with the help of the controllers in your hands in your real world, you walk solo on the Moon in your virtual world, feeling like when Neil Armstrong became the first one to walk on the moon!
There were moments when the screen went black due to the transition between scenes, and we were literally praying that it should not finish right now, but luckily, it didn’t finish then and crossed the boundary of our expectations up towards the space!

Hoping we all get to cherish moments like this and make the sky our limit! 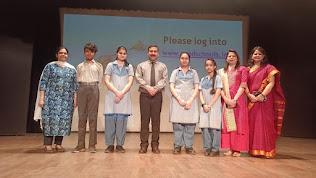 "We had a GSA presentation at Ahlcon Public School . It was attended by 150 staff members.  The content  and delivery of the presentation were appreciated by each attendee. Thanks to Sandeep sir and all the interns involved - Rishona, Anvesha, Simar, Ananya, Vanshika, Akshat, Shirin, Jayesh and   Shaiva. Here is a glimpse into the video made while presenting". Ananya Bhatia, Ahlcon Public School and My Good School Intern.
Read more 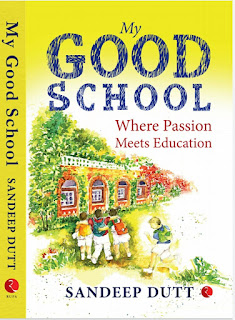 The book My Good School is about the importance of real-world learning. In our school, we learnt about the Jallianwala Bagh Massacre. If we, in one of our school trips, visited Jallianwala Bagh, then I suppose it would be real-world learning! Climbing mountains will demonstrate the fall in air pressure. Floating on the salty sea will explain density and buoyancy. Our school, Gyanshree, implements this real-world learning. We go on school trips and do several experiments not only in science but in each subject we have a unique project to do! That one project connects the issues and helps us understand the importance of the real world.  Once in 3rd Grade, we were learning about Mahatma Gandhi, and we went on a school trip to some sort of museum that displayed Mahatma Gandhi's life. It was fascinating; not only did I learn a little bit of the route to that place, but I learnt about history in another engaging way. So that was the fun about real-world learning. Not only do we have fun,
Read more 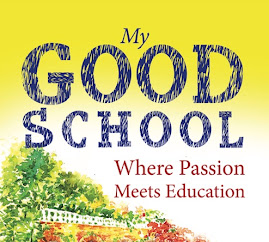