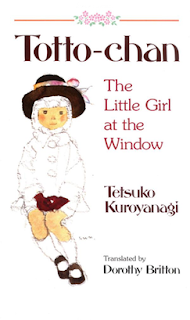 I don’t want Yasuaki-chan to die!

To everyone, we all read Totto-chan together; her mischiefs flabbergasted us all.

Great book, but still, a part of it was left incomplete, the role of Yasuaki-chan…

Imagine, what if the death of Yasuaki-chan was a prank? Amusing, right? So, stay tuned-

When Totto-chan went near to the coffin and saw Yasuaki-chan, his face was covered with a white cloth. She knew that any culture around the world doesn’t allow unveiling the unfortunate veil of death of a dead person’s face in a coffin, but she just couldn’t hold her back from doing it. There, her hand went, in the open coffin, up to his face. His family members, weeping afar from the coffin, moved forward towards it and wailed as this act was considered to be a sin, but seeing the face, silence set in.

It wasn’t Yasuaki-chan. Instead, it was a dummy, with a teasing face drawn on its fabricated head with a sketch pen!

At that moment, everyone knew they were tricked by the boy, Yasuaki-chan! Relieved filled their hearts, but a part of their hearts had agony deep inside.

And he was alive!