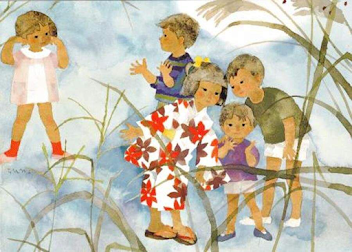 Totto-chan was oozing with inquisitiveness; she always wanted to know this or that; she squeaked at the sight of anything new and liked it immediately. Similarly, when she saw the Health Bark, Tottochan wanted it for herself and her family, and after taking money from the Headmaster, she bought the health bark. The man selling the Health Bark was a fraudster who used tricks to sell the simple, ordinary bark by claiming it to have magical properties. Still, little Totto-Chan couldn't see the reality for the only thing that mattered to her was that her family, rocky and all her friends were fit as a fiddle, thanks to the miraculous bark.

Another time a new student joined Tomoe; he was from America and hardly knew anything about Japan; he was Miyazaki. All the children at Tomoe helped Miyazaki to learn the Japanese way of life, and in turn, Miyazaki became like an English tutor for all of them. The amount of learning that can take place between people from diverse cultures is portrayed through the means of a few words.

Each year on an annual day at my school, I am part of the dance; since an early time, dance has been an art that attracted me the most, and I immensely enjoy it. My favourite dance was when we performed a classical item.

The best part about Tomoe is that the students are let free; they are allowed free of discipline, stringent rules, and free of strict teachers. Sternness can only kill the imagination, but freeness can ignite it further. The Headmaster lets the students write music notes with chalk on the polished floor by keeping in mind that they will be the ones scouring the floor after their musical transition. This way, everyone learns to take responsibility for their actions.

This was so far from Life at Tomoe Gakuen, a small school blended with love and values, making Totto-chan's small world complete. 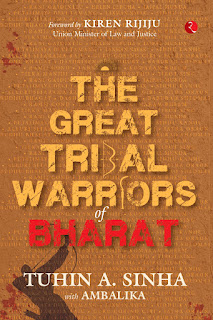