Yasuaki-chan left Totto-chan, and now Rocky also vanished. Everyone whom Totto-chan loved seemed to disappear one after the other. Tai-chan no longer spoke to her, Rocky could no longer be heard, and Yasuaki-chan no longer stayed with her. It was as if her little world of love was tumbling down and she was walking alone on a broken road with the rain constantly thumping over her head. Her near and dear ones had gone far away in sight but not in mind, for love is what remains even after you are gone. The little Totto-chan had learnt lessons that made her stronger and bolder in a world full of strangers. She now knew that she had to live up to her limited time in this race on earth, but Totto-Chan remembered to always run with happiness and happiness that makes others happy.

I have often heard a story of a woman who lost her son but was so desperate to get him back that she went to Lord Buddha to bring her son to life again. In listening to her story, Lord Buddha said he would bring her son to life again only if she could get a fist full of mustard seeds from a house where no one had died. So the woman had set out on her task, she had gone to every home in each locality, but there was not a single house where someone had not died, be it the grandfather, father, mother, child, someone or other had always passed away. Lost and depressed when the woman returned to Lord Buddha, he had simply told her that human lives are like flickering lights. They light for a long time, but suddenly they extinguish. We need to learn to accept the loss and let the ones gone be always loved in our hearts. Just like Totto-Chan will always love Rocky and Yasuaki Chan. 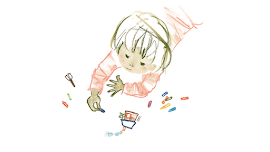 When Ryo-chan, the janitor at Tomoe, had to leave for the War, all the students had organized a special Tea Party just for him. Everyone drank saké and shared something or the other for Ryo-chan. It was a fun time and the children continued the tradition of the Tea Party even after Ryo-chan was on the war ground. It was the last time they had ever gathered at Tomoe.

Whenever I have to drop someone at the station and bid goodbye, I feel as if they could have stayed just a little longer; no matter how many days we spent together or how much fun we had, at that point, all that matters is whether they can be here for just a bit more time because no amount of time feels enough when you are with your loved ones.

Sayonara, Sayonara is a Japanese goodbye, but it literally means 'if that's the way it is'. We have learned so much from Totto-chan, the Headmaster and Tomoe. It is even so unique that a young girl, simply through the means of her actions, has taught us friendship, responsibility, coping with loss, freedom and most importantly, love. So all we can say is Thank You and Sayonara, Totto-chan!