Image courtesy www.eduvast.com, used by Oshi Singh for representation only.

It all started on a fine day when the English men made their first visit to India. When we welcomed them to our land, our fields and our culture, unknown what lies ahead. Gradually the visits became more frequent. It was about when they started collecting taxes from peasants and got their Farman issued from Aurangzeb, and in no time, they were writing our destiny, dictating what to do and what not to do.

The focus of children who went to pathshalas to gain knowledge shifted to scoring. The children who were taught on their pace and capability to grasp a concept now just had a year to understand and do a test on it without knowing or learning the practical usage. Not only that, they were now dealing with India's religious, economic and political matters. The country that invented zero made the first university in the world and already knew that the Earth was round before the world was now called "uncivilized". It was the darkest hour of all Indian's lives but don't you worry because Rabindranath Tagore, Mahatma Gandhi, Rani Lakshmi Bai and many more heroes were now to rescue!

The Revolt of 1857, The national movement and the Dandi March were some events that changed Indian history. How can we forget 26 November 1949, the day when the Indian Constitution's draft was finally ready, and precisely within 2 months, we had our Constitution ready. Although we lost some of our brothers and sisters on the way. We were now an independent and free nation.

We have come a long way. About 72 years ago, people discussed giving everyone equality, uplifting minorities and universal adult franchise but look around you now. What do you see? The misuse of all these rights granted to us. The rights which people who might have no relation with you were fighting just so you and the future generations don't need to struggle like them. So that everybody can express their true selves but what we see nowadays is people telling or instead yelling at each other and claiming that they have the right to free speech, so they can speak pretty much everything that comes to their mind.

Now, why don't you it some time and thought? Is it really fair? Fair to those who fought and put their lives and family at stake on a hanging cliff just for us. No right? So why don't we promise to cherish and respect these noble souls for all they have done for us and never misuse these rights given to us, all thanks to them. As the saying goes...

"Always respect what you  have before life teaches you to love what you have." 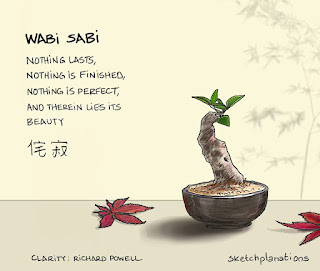