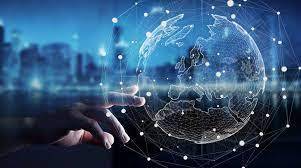 Technology is nowadays very advanced and provides us with all sorts of facilities. It is up to date and does all the work we can do, if not better. Many robots have also been developed that can do everything we can. They can talk and work the same way we do. On the other hand, this is a big problem and gives rise to unemployment. People are being replaced by machines. In factories, the same work people used to do is now done by machines. We can see this in one great work of literature - Charlie and The Chocolate Factory by Roald Dahl. Charlie's father used to work in a factory, but soon his work was replaced by a machine. His work was the only source of income for the family, and we see how it affected his family a lot.

Why? Because robots took over their jobs. Also, robots are costly and cannot be afforded by everyone. This creates a more substantial divide between the poor and the rich. The small jobs we used to do ourselves are now being done by robots. This results in laziness and takes away our creativity to think and work. The jobs that look small and effortless mean a lot to the person who does them. That small job that Charlie's father used to do was. Even in our homes, the helpers who used to clean the house are replaced by robots. So many people are suffering because of the invention of robots. Think about those who have no income source to feed their family. Robots cannot feel as we humans do. Teachers have their unique way of teaching with feelings and understanding the student. Doctors have a unique touch with the patient; robots cannot replace these people because they are not as capable as we are. The most significant difference is that we are blessed with feelings so that we can understand each other, feel each other and instil values like empathy and kindness. If robots are replaced by humans, how will the world work? We, humans, were sent on Earth to work and do something good, but when all work is done by robots, then what is the point of us humans living? Why should we make such gadgets that do nothing but harm us?