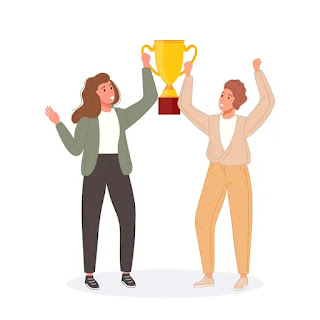 Once upon a time, there was a tomb raider,
Who still was a seventh-grader!
She was a martial arts champ and a pro
trader.
She had skills, by performing, she gave
people thrills.
In the city was spread a piece of news,
That there is a treasure on top of Mount Zeus!
She heard the news and wanted to “RAID!”
As people said,
The mountain Zeus made.
She quickly asked her mom and dad,
By wondering the consequences they were sad.
She said to them, “don’t worry,”
And left her house in a hurry.
She reached the mountain,
Through a beautiful fountain.
But understood it wasn’t going to be fun.
She passed through some thorns.
Heard some battle horns.
She dodged some arrows.
And fought some Pharaohs.
Finally, she saw the treasure.
Her heart filled with pleasure.
She opened the crate.
Her heart was in discontent.
There were just some papers and a silver coin.
She then reached her house in a shock,
She went to her room and put on the lock.
She thought that her adventure was a complete mess.
The next day she was interviewed by the town press.
She was happy, not more, not less.
In her achievement, she found happiness!
Name: Rananjay Rajput
Grade: 5A
Billabong High International School, Thane
achievement happiness Happy skills
Location: Road Number 27, B Wing, C Wing, Shree Nagar, Thane West, Thane, Maharashtra 400604, India