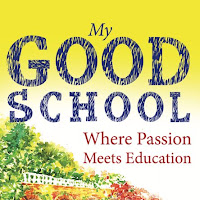 What was a time when I felt good about myself?

I do my best to find faults and flaws in myself, even in situations where people usually flatter themselves. But there were two moments where I felt terrific about myself. There was a costume competition in my old school, Sneh International School, and the theme was freedom fighters. There were a few rounds that had to be passed. Now, I am very confident only in front of the audience I know. I had prepared a few ferocious lines to narrate and establish my hatred when it came to the Britishers. My mom helped me transition into that furious, confident, loud and unknown persona. And there I was in front of my class, shouting my lines. I got selected for the next round, which was to perform in front of the senior students. I was not as nervous as I thought I would be as a third-grader, but I nailed it. Next was to perform in front of the teachers, and I nailed that too. And finally, it was the enormous stage where the audience was the whole school. And for the first time, I was terrified, and I was the first performer to make it worse. I ended up not nailing it and whispering my lines on the stage. But nevertheless, I wasn’t distraught or overcome by embarrassment. I was rather proud of myself for making it this far.

The second incident was when I had won a Bronze medal in the SOF International English Olympiad. My class rank was third. I had never won a medal before that, only certificates. And when the results were sent to me through Whatsapp, I was on cloud-9. I jumped on the bed while my parents jumped on the ground. It was a moment when I was a fifth-grader felt like I was the happiest person on earth. After a long time, I was given the medal in an assembly. I was very excited and what added to the excitement was that I was sitting right next to my then-best friend. And it felt amazing to have the cold bronze touching my skin.

School may be where we feel the most pressurized at times, but sometimes it is the best place on earth. Sports Day at school has always been my favourite day. It always happens when the weather is windy and not too hot. Sometimes, the clouds can’t help drizzling sweetly. It is always in the morning and goes on for about two hours at the maximum, but those two hours make the day better. I am not an athletic person, so I have never been selected to any race or sports competition. I’m always on the cheering side, screaming for my house’s victory and jumping on any good news. I’ve upset my throat many times because of the same. Sitting on the cool and tickly grass in our comfortable house uniforms and cheering for our houses makes the day special and fills me with zeal and enthusiasm for the rest of the day. Covid years made me miss these annual days a lot!

When I met someone who became my role model.

I feel blessed to say that I have many role models in my life. The top of the list has my grandfather on it. My beloved grandfather went through many hardships in life. He stood on his own feet and helped himself rise. He lost his father at a very young age and was a really, very hardworking person. He was always there for all of us and was the most supportive person in my life. A helpful, generous, loyal, affable and devoted person is what people describe him. He had the extraordinary ability to make friends anywhere and everywhere. He was independent, kind-hearted, humorous and always used to play games with me. I’ve only known him for thirteen years, but I am so grateful that I had a chance to know him and that too as my grandfather. He will always remain my first role model.