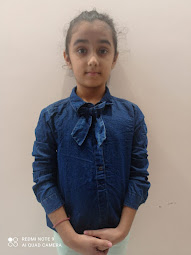 Courage, Bravery, we all must have heard these terms, a question might come to our mind: What is the most significant act of courage? The answer could be: Climbing Everest? Being a soldier? Well, it is actually none of those...it is honesty. Let us see how with the help of a story:

Being Honest
Once there was a young girl named 'Mina'. She was taught to always be honest. To her, honesty seemed simple, just tell the truth.
Once playing in school, she pushed her best friend 'Lily' so hard that it started to bleed. Mina didn't mean to do that at all. She went to her, and along with her other friends, they took her to the infirmary.
Luckily it wasn't that serious, and the next day she was much better but wasn't able to play.
Lily was furious at the person who pushed her. She was unaware that it was Mina who did that. She told Mina that she was angry at the person who had made her. That was so rude.
Mina, too, was hurt; she knew what she did hurt her friend. She just didn't dare to stand up and tell the truth. It was tough. That moment she realized how hard being honest could really be.
Then she remembered telling her mother how simple being honest was, and now she didn't have the courage, to be honest. She thought that she might as well try telling the truth and tell Lily the truth.
Lily couldn't believe it! 'Did you actually do that?' she said, surprised. 'I didn't mean to at all. I am really sorry,' said Mina. 'You aren't mad at me?'.
'Why would I be? You were honest. And I believe you. I am sure it was a mistake.' said Lily with a smile.
It was courageous of you to stand up.
Like Mina took the brave step of telling the truth, it did look difficult. Imagine you being in such a situation. Would you speak the truth? The most significant act of courage is to, without fear, be honest!
The terms honesty and integrity are often used interchangeably, but they are pretty different. They can be honesty without integrity but no integrity without honesty. Honesty is being truthful and upfront, while virtue is doing right without worrying. Or I both are equally important are one of the most essential values of life.
Rishona Chopra
Grade V
Gyanshree School
courage friend girl honest Integrity story
Location: Plot No 3 & 4, Noida Expressway, Sector 127, Noida, Uttar Pradesh 201304, India