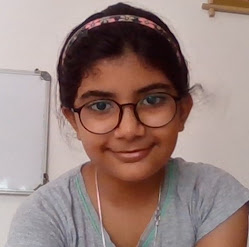 Today we read about Honesty. We should all be honest and have integrity towards our parents, teachers, friends, siblings and all those around us. We should not lie about anything. My parents have never scolded me for anything that I have done by mistake and confessed about the same, honestly. Instead, they have always encouraged me to speak the truth.

A Chinese emperor did not have a child. He decided to call all the children of his area to his palace. He gave each of them a boiled seed which meant that it could never grow. He gave all the children a year. All the children had grown beautiful flowers, but one boy had nothing but an empty pot. One year passed by, but the situation remained the same. The emperor examined the pots and asked the boy about what had happened. The boy said he had taken care of it, but nothing happened. The emperor then disclosed the truth about the seed. The boy was made the heir of the emperor.

This is an ideal example where Honesty was rewarded by great appreciation. All dare to lie but not to be honest.