A Story Is Never Born Before Its Time - Panchami Manoo Ukil 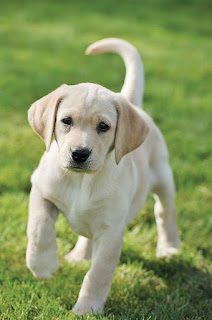 About three years ago, I was seated behind the Hon'ble Chief Minister in the aircraft. Throughout the journey, I saw him watching video clips of his pets, two playful beagles whose antics brought gentle smiles onto the face of the CM as he watched. In the last twenty-three years of his Chief Ministership, reams and reams of commentaries and opinions have been written about Shri Naveen Patnaik's personality and governance. As someone who has been personally impacted by his one act of kindness twenty-five years ago, I firmly believe that nothing about Naveen Patnaik is fake. His charm, enigma, stature and governance are his own, honest and original, deeply appealing to the masses. Most of all, his empathy is real. Small wonder then that he is the longest-serving Chief Minister and the No. 1 Chief Minister in the largest democracy in the world.

The story was published with the author's consent, Ms Panchami Manoo Ukil, and posted on Facebook on the 17th Day of October 2022. Panchami, is School Leader & Vice Chairperson, The DN Wisdom Tree Global School. Panchami Manoo Ukil is a school leader with a difference. Multifaceted, spirited, and dynamic, Panchami Manoo Ukil has an infectious positivity that reaches out to everyone around her. Passionate about children, she infuses the curriculum with her brand of original ideas, be it a celebration of our culture and roots, bonding with nature, or simply engaging with the little ones with a heart overflowing with love. She gathers everyone into a happy circle woven in with her brand of wisdom, warmth, affection and concern, an inspiration for many and a supportive motivator for the team.