It’s Not Over - Reveda Bhatt

Death is the physical end of an organism on this planet which is its definition.

But, as always, in life, there is a twist.

Going deep into its meaning, it’s actually the process via which our soul escapes its present physical appearance into another or somewhere away to a place unknown to mankind. This opens up the question or maybe a belief in our minds about the concept of ‘life after death,’ the study of which is termed as ‘Thanatology.’ After years of denying this hypothetical statement, even some people in the field of Science have given in to believing it.

One of them is Dr. Stephen Mayer of the United States who said that there was a study proposed which states that Life After Death may be a reality. For this study, researchers at the University of Southampton in England examined more than 2000 victims of cardiac arrests from 15 hospitals out of which 360 of them had revived and about 40 percent had some sort of awareness during the period when they were ‘clinically dead.’

You see, lying unconscious or dead, there is something in the body which is conscious and aware of everything going on around.

So, life is not over after death and death is not the end of life.

It is just a ticket to a plane heading to another land that everyone has to board! 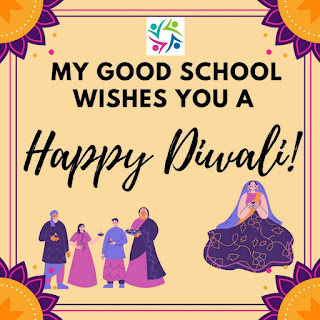 Wish all our readers a Happy Diwali!