Would She Return? - Vani Pandey 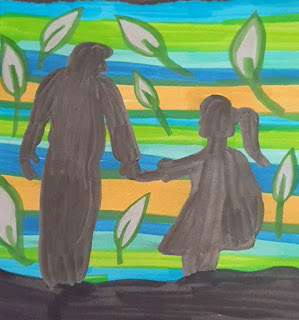 Bob was a wise, elderly man with no family. He had his house in Dehradun, a peaceful and quiet place indeed. He was a famous writer in his town. People used to pay him a considerable sum to get their hands on his poems and stories. That morning was the clearest of all. The sky was blue. The grass was green and luscious. The perfect weather for writing a novel. But Bob didn't want to write a novel. In fact, he hadn't written one in years. The reason was his daughter. He had a daughter who was 18 when she disappeared. Her name was Stephanie. Bob and Stephanie were taking a stroll outside when Stephanie got a call from the woods, which she followed. She was expected to return in a while, but she never did. 5 years had gone by, and there was no trace of her. After a year of searching, Bob finally gave up the fact that Stephanie would never return. Bob used to spend each moment of his life as a melancholy soul. What could he even do?

"Stephanie, Oh my dear, where are you now?

We were walking happily, but you went away somehow

Please come back, my dear; I miss you so much

Play with me like before, and I'll give you a hunch."

That's the one couplet Bob used to speak to himself every second he was idle. He was so miserable.

But maybe that day was the end of his misery. Because the next day, when Bob was reclining on his antique rocking chair, he glimpsed a young lady coming towards him. She was tall and fair. Her hair was long and straight. She has brown eyes and broad eyelids. Stephanie also had the same features as a teenager. Bob was more certain that she was her daughter when she called," Daddy! I am here at last." Bob stood up, corrected his spectacles and walked briskly towards her in joy. Stephanie ran towards him too. They reached a point and hugged each other tightly. Stephanie was about to give an explanation for her disappearance, but Bob cut her sentence and said," Don't say a word. I want to spend a peaceful time with you, my sweat pea. I will hear your story later on.'' Saying this, he grabbed her hand and took her inside.