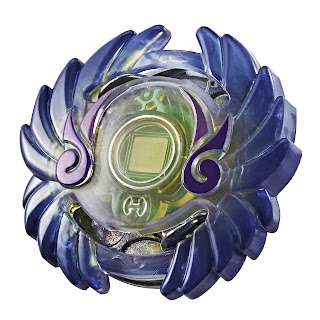 A boy named Shubham, whose Father was a shopkeeper. He sells toys for children, including Beyblade. In Shubham'a class, Beyblade became famous, which made Shubham acquire it. His Friends persuaded him to bring Beyblade from his Father's shop.

Without asking his Father, he took the Beyblade to school. He thought he would return it after showing it to his friends. His friends started playing with it. When one of his friends played, it spun near the stone and broke. This made Shubham scared that if his Father knew about it, he would get beatings.

At the shop, his Father was counting the Beyblades, and he found out that one Beyblade was missing, which made him angry. He thought that the worker had taken it for his son without asking. He started questioning him about the lost Beyblade and threatened that he would fire him if he did not speak.

When Shubham came home, he heard that his Father was angry, which made him even more scared, but when he saw the worker, he accepted that he had stolen it. His Father asked forgiveness from the worker and gave Shubham a lecture to never take things without permission. So this story states the idiom" honesty is the best policy."

"Beyblade is a line of spinning-top toys originally developed by Takara, first released in Japan in July 1999, along with its debut series. Following Takara's merger with Tomy in 2006, Beyblades are now developed by Takara Tomy". Wikipedia