An act of Courtesy - Shambhavi Nautiyal 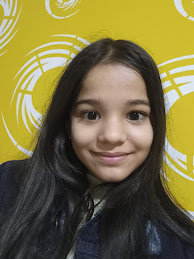 Once, not very long ago, lived a woman named Annie. She was one of the workers at a cinema hall. One day, as usual, she was rushing for getting ready to go to work. She woke up late and thus could get fired if she got late again. Annie grabbed some milk hastily to drink it on the way to work as she didn’t have breakfast. As soon as she reached the place, she saw her boss, the manager, on his phone talking to someone. While he was busy on it, Annie took the chance and surreptitiously got to her popcorn counter. She felt famished by now as the milk wasn’t enough for her, so she drank some water as an alternative to reduce her hunger and started her shift. She did her work as usual, but she saw a man who seemed to be eerie. He looked old, pale and weak.

The famished man started coming towards the popcorn counter, making weird faces. Annie thought that he must have wanted popcorn to eat just like the other customers, but instead, he signalled her to come closer and whispered in her ear, “I have no money, I have come here to find someone. Don’t tell anyone, I’ll stay here for some time and leave.’’ Annie didn’t know what to do as if her boss got to know, then it could get her in trouble, and if she did keep his secret and let him stay there, who knows if he could be some sly burglar. Whilst she was busy overthinking, the old man fell onto his knees and held his heart. Annie started to panic and immediately called 112 and told the hospital call attendant to send an ambulance ASAP.
The ambulance arrived after some time while the old man’s condition worsened every minute. A nurse came out and helped the man get onto the hospital bed, and the man somehow pleaded for Annie to come with them. Though she felt herself out of place, she eventually agreed to see his condition. They reached the hospital, and the nurse took him to the ICU. Before going in there, the old man whispered something in Annie’s ear which made her feel even more at sea. He told her that she’d find a woman who looked exactly like her if she went to the end of the hallway. The nurse told Annie that he was being consulted by Dr Philips. She heard that not giving much attention and went to the end of the hallway only to find a girl staring at a picture. Annie requested her to turn around, and when she did, Annie was shell-shocked to see that what the old man had said was true and realized that it was her sister who had got lost a long time ago. They put each other in their warm embrace right after seeing each other. Annie told her sister about all that happened all those years and just a few moments ago. She held a conversation for some time when suddenly Dr Philips came and said, “The old man is totally fine and as soon as we diagnosed him his heart rate and breathe came to normal, and he told us to inform his granddaughter, which I suppose is you. You can meet him if you want to.” Annie felt amazed, grateful, bewildered, and inquisitive to know who this old man mentioned her as his granddaughter, helped her get back with her sister and become sick to normal in 5 minutes. She rushed to the unit with doctor Philips and Betty (Her sister) only to find a few feathers without any sign of the old man. Annie always remembered this incident and lived a gleeful life with her sister.
Shambhavi Nautiyal
Grade VII
Ahlcon Public School
cinema doctor kindness popcorn story
Location: Shashi Gdn Rd, Supreme Enclave, Mayur Vihar, New Delhi, Delhi 110091, India