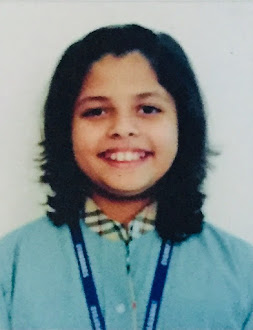 "Victory is always possible for the person who refuses to stop fighting."

Life is about success, failure and more success. The key to facing all of it is the determination to rise after one falls and start right from square one. We may receive awards or we may not, but definitely at some point in life we will receive failure and when we do, we all should remember to embrace it. Failure is not the opposite of success, it is a part of success. Only after you fail, you succeed and only after you succeed, you fail but what matters most is that you continue your quest of accomplishing your dreams. 50 years down the lane you will be more disappointed about the things you didn't do than by the ones you did do and when you start fulfilling your ambitions, you may even realize that life is too short for everything.

An ordinary person who demonstrated extraordinary determination was Steve Jobs. He dropped out of college and started Apple Computer, Inc. with Steve Wozniak in his parent's garage. At twenty-five, Steve was worth USD 100 million. Seven years after this John Sculley became the CEO of Apple, due to the difference in the work styles of Jobs and Sculley, Jobs was fired from his own company. This was one of the most creative periods in the life of Apple's creator, during this time he started a company NeXT and also bought a computer animation studio named Pixar, he played a hand in the success of Toy Story, Ratatouille, The Incredibles and Cars. Jobs was then approached to rejoin Apple, he made radical changes at the company and hired Tim Cook. This was very different from a younger Jobs. The employees were now excited and they felt a sense of pride in their daily work. The results were a host of innovative products and Apple not just being a company, but a legacy.
We all respond to failure negatively but in reality it is an awful tasting medicine that the patient needs. Rather than regretting failure, we should assess what went wrong and improve our chances the next time. No matter how many times we lose, we should not let loss undermine our strength or our determination in fact, failure should only make our will stronger.
Anvesha Rana,
9-B,
Gyanshree School.
ambitions Apple awards Beauty of Life competition determination failure life skills NeXT Pixar positivity steve jobs success Tim Cook victories
Location: Plot No 3 & 4, Noida Expressway, Sector 127, Noida, Uttar Pradesh 201304, India