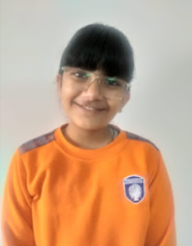 We usually hear our elders saying, "Our country has freedom... I am free to do what I want." But, do you think they are right? Actually, to some extent, they are. Our country became free from British rule in 1947. We mark off this great, joyous and independent by celebrating Independence day. However, doing whatever you want doesn't mean to do crimes. But, the critical question is what is freedom. Freedom is when we do not feel as if we are under the control of someone.

Let me explain this with a short story-

Rihan was busy watching a show when his twin brother, Ashish, called him. "Oh! Stop this show already... we have things to plan for the party tomorrow," said Ashish. Rihan replied, "What for? And anyway, this is the limited edition of the show. I am lucky to get it..." "Tomorrow is Independence day. If our country was not free, we would be limited to do almost everything... even seeing these shows." At this, Rihan jumped up. His instant question was how he could come of use. The brothers gave the best effort in making the party victorious, and they saw a movie about the sacrifice of Indians for freedom. Rihan understood the importance of freedom.

You see how important our freedom is? At the same time, we should ensure that we are not taking advantage of it.