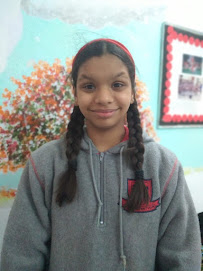 Freedom is never dear at any price. It is the breath of life. What would a man not pay for living?” -Mahatma Gandhi.
Freedom is a short word in English, but it has profound importance in our life. I hope you know about British Reign in India. We fought for two centuries for our country’s freedom. Some people were violent, and some were non-violent, and why shouldn’t we fight for freedom?
We were burdened with so many taxes that India came into poverty at that time; the crops were failing. There was bloodshed. None of us can forget what happened in 1919, Jallianwala Bagh Massacre. We fought for our rights and stood with unity. But the real meaning of freedom is when we are captured, and we want to get free from that captured scenario and fight for it.
When we have freedom with us, we don’t value it, but we realise its preciousness when we lose our independence.
Let me tell you a story that occurred in my family.
Before the 21st century, that means us, my father and his brothers and sisters and my grandparents were there under the scare of my eldest grandfather, Mr Hari Krishan Rastogi. My father’s destiny was already set to be a businessman, but there was a dream to become a cricketer in his heart. Now, whenever my dad is free, he sits and gazes at his cricket kit, But, My father says, “ You can become whatever you aspire, for and you have my consent.”
This story reminds me of how important freedom of choosing your occupation and speaking your voice is, isn’t it?
Gaurangi Rastogi
Grade VII
The Doon Girls School
cricket Family freedom Jallianwala Bagh occupation speaking
Location: 15 4, Acharya Narender Dev Marg, Dalanwala, Dehradun, Uttarakhand 248001, India