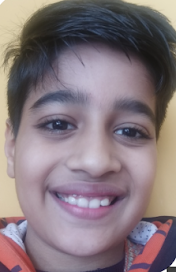 August 15 is Independence Day, also known as Freedom Day. We celebrate it because, on this day, our country was free from the British. But did you know this was half of the freedom? We make poor people our maids and make them do whatever we want. Some people don’t even give them enough salary. We trap birds in cages and do not let them fly independently. We also tie a steel chain around dogs and cats. Can’t every living being live with freedom? So let me share a self-composed poem that will tell you about freedom.

Freedom is the right to do
Whatever we want.
Like flying in an aeroplane
Or searching about thorn.

We trap birds in cages.
Do not let them fly
They roam all around the cage
Escaping is what they try

So, on Republic Day
On January 26
Let us make a promise
That freedom will be our bliss.