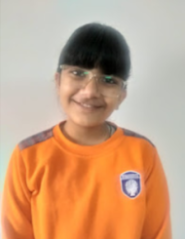 We often hear people complimenting us when we do something we are scared of. Sometimes they say, "Oh, look at you! You are so brave." or even "What a brave child you are!" Here, the vital question is, what is bravery?

When we have the courage and mindset of doing something that we think is impossible for us, we will be called brave... Certainly, we have so many stories of bravery shown by people from all over the world. As we are soon going to celebrate Republic Day, let me tell a brave step taken by the Panjabis in the Jallianwala Bagh Massacre-
On 13th April 1919, many people gathered at Jallianwala Bagh for a peaceful meeting. There was only one exit of it. Along with his soldiers, General Dyer covered the exit and started an open fire. Many people were killed, while many jumped into the well. They thought they would rather die themselves than be killed by the Britishers. This incident came to be known as the Jallianwala Bagh Massacre.
Did you see how bravely they sacrificed to free us from the rule? Bravery will push your limits to be what you want to be.