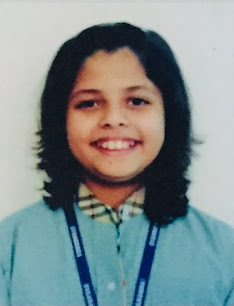 "Give without expectations, Give without recognition and Give for the Joy of Giving."
Equality is essential, but it does not last long, for financial differences always produce a barrier. Consequently, those who have enough must give to those who have nothing. When God blesses us financially, we should not raise our standard of living. Instead, we should raise our standard of giving because much is expected from those to whom much is given. Every day we witness acts of generosity, compassion and selflessness by ordinary people. They do not give a second thought to spending money on someone else when they can spend it on themselves. Life's persistent and most urgent question must be, what are you doing for others.
Some of the people who have demonstrated extraordinary generosity include Bill Gates, Warren Buffet, Jorge Munoz, P. Kalyansundaram, Navjot Singh Sidhu and Divij. At the age of thirty-one, Bill Gates was the youngest self-made billionaire, and at the age of sixty-four, he found organizations to address causes that were close to his mother. He helped eradicate Polio and supported many people across the globe financially. Bill Gates may be the richest man, but he is also the man who has contributed to charity more than anyone else. Another person who made the world realize the joy of giving was Warren Buffet; he gave away 85 per cent of his wealth to charity, with a colossal amount pledged to the Bill and Melinda Gates Foundation. We need not be rich to be generous, exemplified by Jorge Munoz, an immigrant from Columbia who lives in New York. He is a bus driver by profession but feeds hungry construction workers in the evening. His mission to serve the construction workers each day leaves him no time for friends, hobbies or leisure, yet each day he comes and becomes the reason for the smile on the faces of so many. We all can take inspiration from these people who have taught the world that giving has no barriers.
Once we realize the joy of giving, it will become our true nature to give. Giving is not something that occurs occasionally; it should be habitual and permanent. The fragrance always remains on the hand that gives the rose. Giving is beneficial for the one who receives and is even more advantageous for the giver, for it is in giving that we receive.
Anvesha Rana,
9-B,
Gyanshree School.
Bill Gates Divij enjoy equality giving Jorge Munoz joy Navjot Singh Sidhu P.Kalyansundaram respect Warren Buffet
Location: Plot No 3 & 4, Noida Expressway, Sector 127, Noida, Uttar Pradesh 201304, India