Be the change - Rishona Chopra 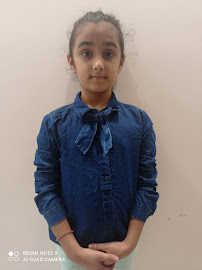 Yesterday I was clever, so I wanted to change the world. Today I am wise, so I am changing myself.
- Rumi
Rumi has rightly said that we have to be the world's change we want to see. As people say, ' walk the talk' as in what we talk, we should too. If I say that we should cherish our life and not get angry at the small things, I need to first think about whether I love my life. If I do. Then only it will be something worth saying. Only that way you can be exemplary.
Once a lady came up to Mahatma Gandhi & said that his son overate jaggery and was worried it would damage his health. Gandhi said to bring her son back a  few days later. After a few days, Gandhi said, you shouldn't eat a lot of jaggery when they returned. It could be harmful. The lady asked why he said this after a few days. Gandhi replied, ' I needed a few days to give up eating jaggery so I could counsel your son with conviction.'
This example also states that we first need to work on ourselves to change someone. They don't need to change, but they might want to see you change.
What I want to change is Ego. I want to banish ego. Ego leads to greed, selfishness and all that leads to all the bad acts in the world. To banish ego, all of us need to listen to our inner voice and to the right thing.
The measure of intelligence is the ability to change
- Albert Einstien