Be the Change- Aanya Kumar 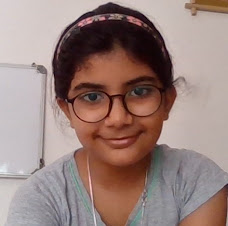 ‘Be the change’ are three inspiring but straightforward words. A simple explanation for this can be demonstrated with the help of an example. Imagine you see two people fighting. You immediately want to stop them. But then you take a step back and think, “Who am I to stop them when I fight?”

On the other hand, if we take the example of Mahatma Gandhi. One day, a lady and his son went to meet Bapu. After meeting him, she stated the problem was that her son ate too much jaggery and did not understand that it was harmful to his health. Gandhi Ji told both of them to revisit him after a few days. When they returned, he told the boy to stop eating jaggery as it could be dangerous to his health. The mother asked why Bapu couldn’t say that the first day they came. Bapu’s reply was that he had to stop eating jaggery himself before stopping the boy from doing the same. So before changing anyone, we first need to change ourselves. Practising before preaching could change the entire world into a peaceful living space.